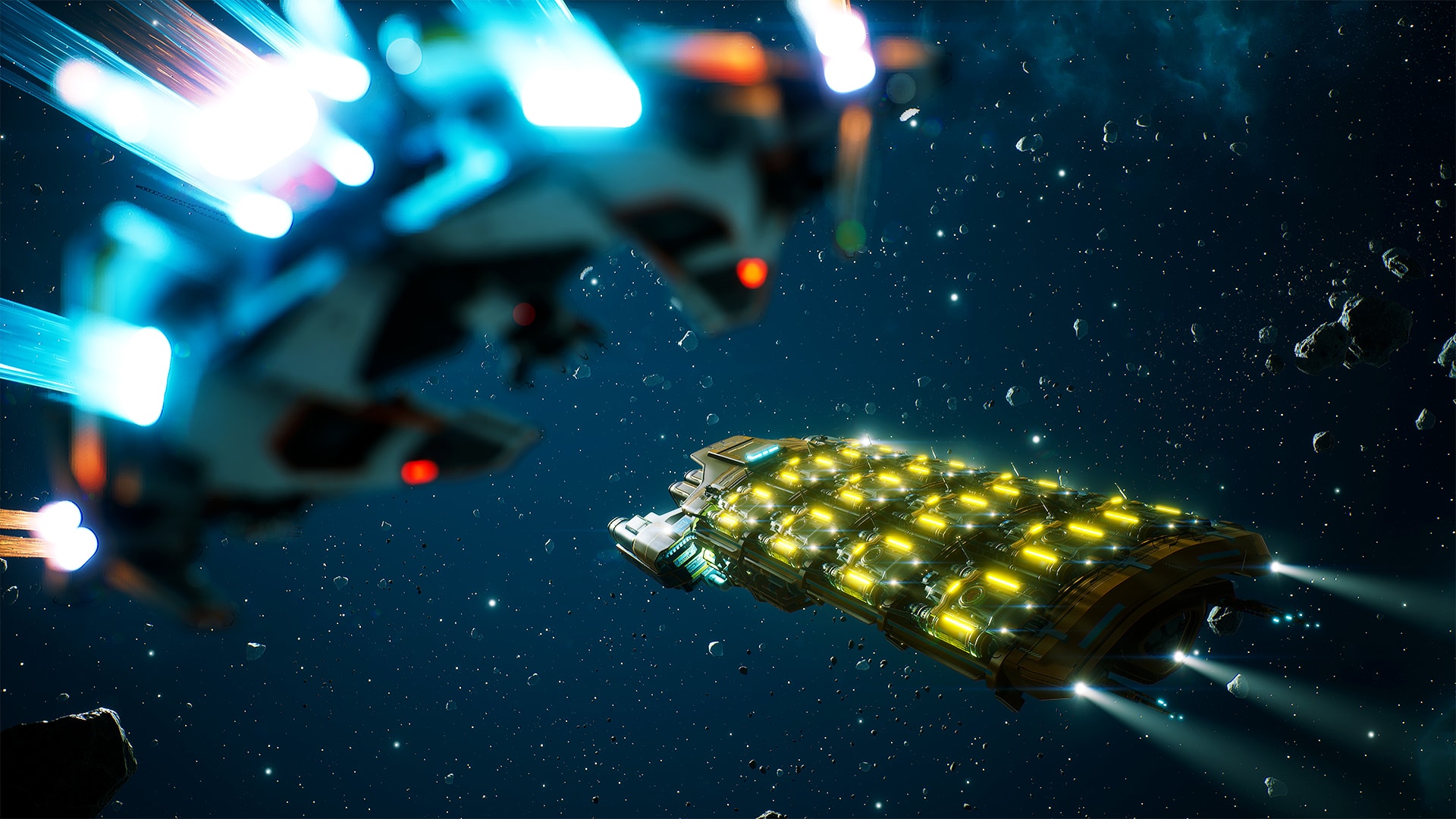 Today’s update is all about different types of NPCs and all sorts of alien creatures you will encounter in EVERSPACE 2. However, before we go into further detail, we would like to address your concerns about the current performance of the campaign.

We know some of you are worried that we might not reach our funding goal. And yes, the daily performance of the campaign is quite low. However, when you compare the trajectory with our previous campaign, you will see it is actually quite similar and not unlike many other successful campaigns that had a big spike at the end.

The “bathtub” period we’re currently in, is all about keeping the faith, telling your friends about our Kickstarter and sharing any of our content updates. We can clearly see a bump with every update, and we got even more great stuff coming. Also, keep your eyes peeled for further popular streamers and YouTubers, who will give the demo a spin on their channels within the next few days.

We are also looking forward to more love from other dear indie devs like King Art Games, who just made a big shout out for EVERSPACE 2 in their huge Iron Harvest update, today.

Last but not least, here are some interesting stats from Kickstarter that should give you confidence that we will hit our finding goal: 98% of all campaigns that reached 60% funding mid-term were successful in the end.

Now let’s talk about the fun stuff: A common critique of our previous game was that there were not enough enemies and other alien creatures to encounter. This can be explained by our limited budget back then but also due to the fact that not too many pilots made it to later sectors where more baddies and other surprises awaited (yes, normal difficulty in a roguelike can be tough, especially for players who are new to the genre).

We addressed the issue with the fittingly named expansion EVERSPACE – Encounters which featured five new story characters, several new enemy types and some bizarre alien creatures as well as a brand-new player ship and lots of new gear, but you guys still wanted more…

In EVERSPACE 2, we want to take things a lot further. Not only will we improve the visual quality of the established NPCs and alien creatures of the predecessor with the aid of the talented folks at Volta, Streamline Studios and Liquid Development. We also want to have new types of enemies and more wicked wildlife in space that might freak you out, make you smile or just scratch your head…

Now, we know great looks aren’t everything, so we are also working on a more sophisticated combat AI and new gameplay features like taking down capital ships from the inside or defeating bosses with more complex behaviors.

Alright, enough talking, check out our new vlog and let us know what you think in the comments or on our Discord channel.

Here are some of the most recent streams since our previous update.

Next week, we’ll talk about environments, the game world and player progression in EVERSPACE 2. That’s gonna be a big one. Until then, feel free to throw more questions at us and don’t miss our weekly stream tonight with Erik talking in even more detail about NPCs, combat AI and alien creatures on the Rockfish Games channel on Twitch, on our YouTube channel and on mixer from 8pm to 10pm CEST / 2pm to 4pm EDT.