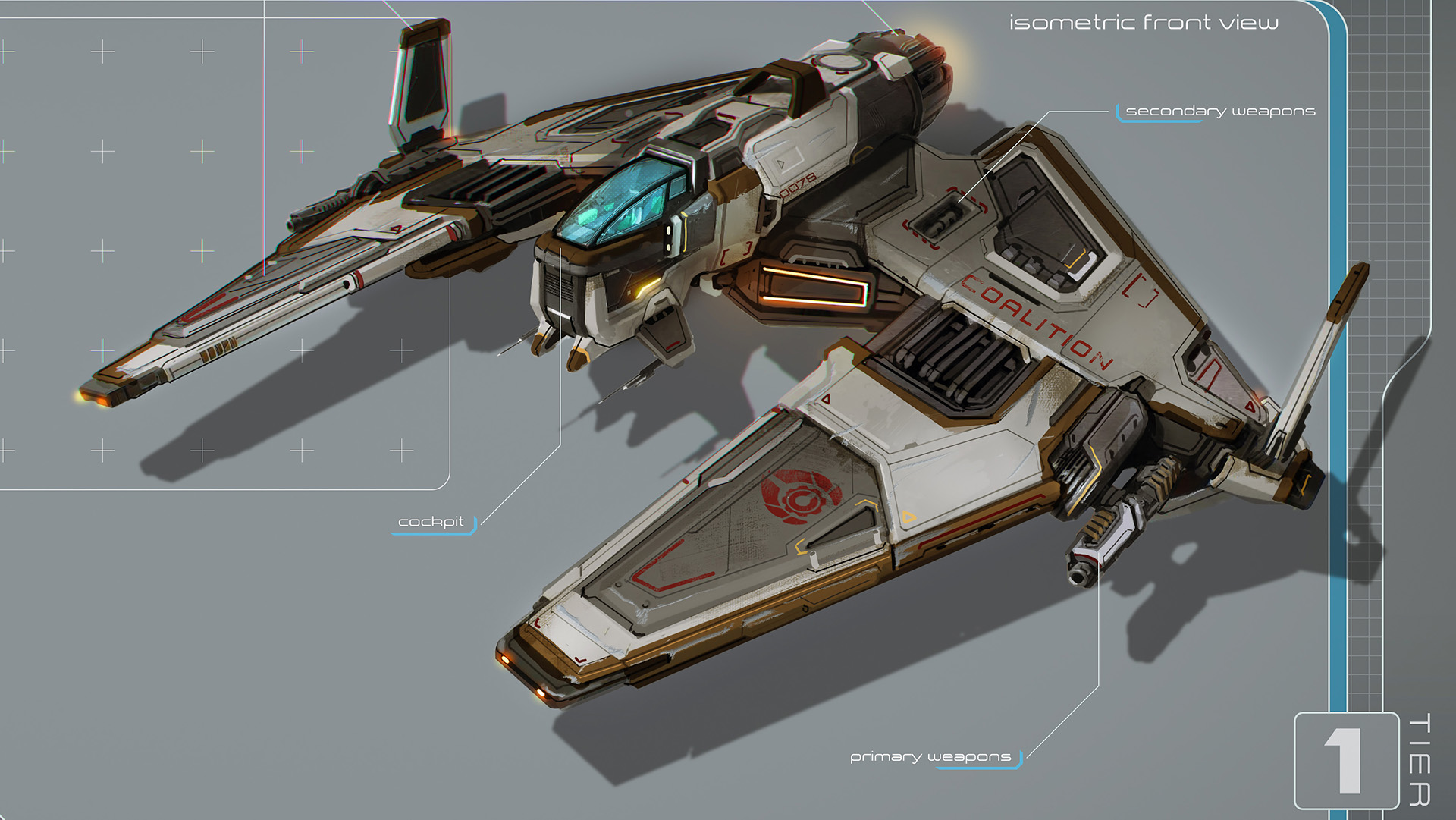 Player Ships, Fanvid & Who We Are

Before we delve into today’s main topic, the player ships of EVERSPACE 2, let’s have a quick look at where we stand about reaching our funding goal. After a little over two weeks, we hit €245k in funding, which is still 35% higher compared to our previous campaign. However, there is no denying that the current daily performance is lower than expected, but we are not too worried. We are now at 55% of our funding goal and still have 17 days to go. Just like in any other campaign, we expect the biggest chunks of funding coming in during the first week (check!) and the last few days.

Of course, we will keep pushing super hard, and we have more popular streamers and YouTubers playing the demo as well as a massive newsletter from a top PC gaming hardware manufacturer promoting EVERSPACE 2 scheduled for next week.

Also, just for clarification, your credit cards will only be charged IF and WHEN we hit our funding goal, and you can change the level of your financial support until the very last minute of the campaign.

Now, let’s take a deep dive into one of the biggest new features of EVERSPACE 2, the player ships! Due to our limited budget for the predecessor, we only had three vessels in the base game to choose from and added one more in the Encounters expansion. However, we took great care that each of them offered unique play styles, much like classes in an RPG.

While the gameplay diversity of player ships in the original EVERSPACE was much appreciated by our fans, having a much bigger pool of space ships was in high demand by the community for our next space game.

Since designing and creating highly detailed player ships is a ton of work, especially if there is also a cockpit view featuring fully functional displays (we heard you, space truckers!), we had to take a different approach, this time.

Check out our latest vlog below, showing you how we will be able to have lots of different player ships that not only look awesome but can also be heavily customized and offer a broad range of playstyles, too:

Even though all eyes are now on EVERSPACE 2, we would also like to share a fantastic fan video of the original EVERSPACE made by one of our super fans, Lol_bye. We were so blown away by his work that we reached out to DJ Hyper, a popular EDM artist also known for the trailer music of Cyberpunk 2077, to license his pumping music track Clockwork, so we can officially publish Lol_bye’s fanvid on our YouTube channel – you really want to watch this!

Now, quite a few of our fans know about our insane rollercoaster ride of the past 15 years, and that we actually are the original creators of the much-loved space shooters Galaxy on Fire 1 & 2. For all of you who would like to know more about what happened to our previous studio, and how we managed to reboot as ROCKFISH Games to move on and make premium space shooters for PC and console, this in-depth interview might be worth your time to read.

Last but not least, here are some of the most recent streams of the EVERSPACE 2 Demo since our previous update.

Next week, we’ll talk about environments in EVERSPACE 2, so keep your eyes peeled for that! In the meantime, feel free to throw more questions at us and don’t miss our stream tonight with Erik talking in even more detail about the player ships on the Rockfish Games channel on Twitch and on YouTube from 8pm to 10pm CEST / 2pm to 4pm EDT.

We love making space games, and we think “the more, the merrier,” as they can be so fundamentally different. So today, we’d like to draw your attention to Nimbatus from our indie dev friends at Stray Fawn Studio. They made an extraordinary, procedurally generated action simulation space game, which was successfully funded on Kickstarter and is already out on Steam: